Eagle Cement is a vertically integrated cement company fully-committed to provide its customers with high-quality cement and focused on creating long lasting value for its stakeholders through Product Quality and Excellence, Efficiency and Environmental Accountability and Social Responsibility.

The competitive strength of the Company is founded on its end-to-end production strategy which seamlessly integrates critical raw material sourcing with modern manufacturing technology resulting to one of the most efficient cement manufacturing operations in the country.

Eagle Cement aims to convey clear, timely and reliable information about the Company.

Learn how Eagle Cement upholds the highest standards of integrity.

Discover how Eagle Cement embeds sustainability into our core philosophy by examining our operations from the lens of economic, social and environmental impacts – the three pillars of sustainability. Our sustainability vision is anchored on a firm belief that our business and products should leave minimal impact on the planet as our Company simultaneously improves the lives of target communities.

Eagle Cement Corporation is a vertically integrated cement Company committed to provide our customer with high-quality cement and focused on creating value for our customers, shareholders, and the community through efficiency, innovation and environmental responsibility. 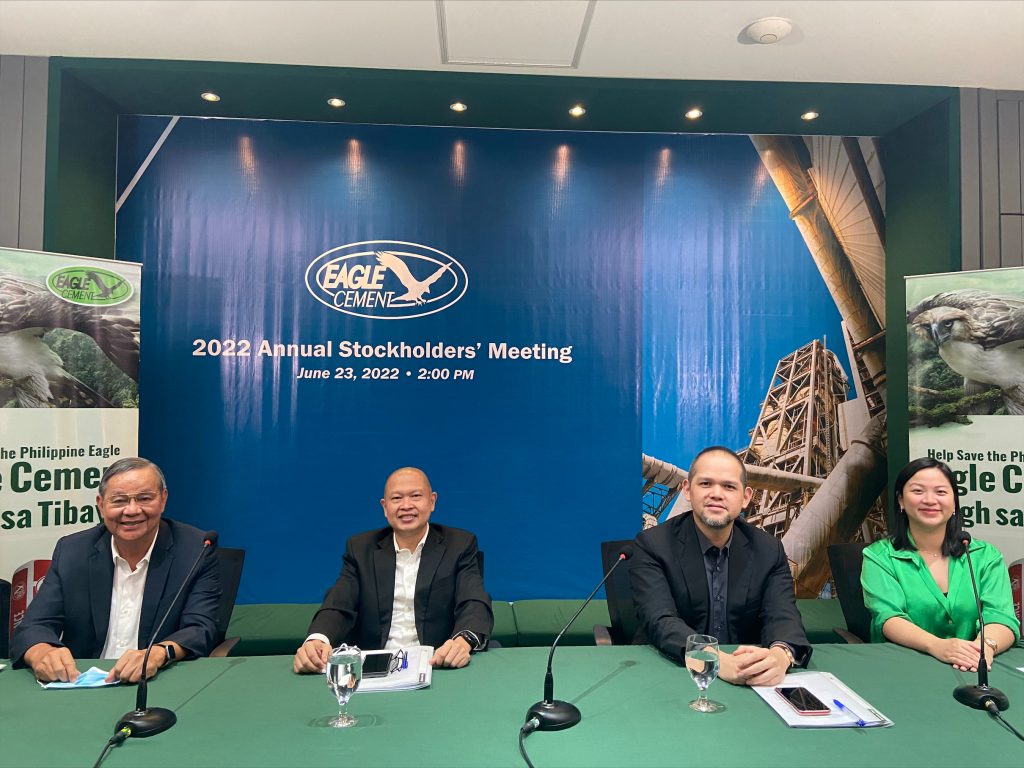 Eagle Cement is run by highly effective and professional leaders with extensive experience in the Philippine cement industry. We maintain a lean organizational structure that is flexible, responsive and easily adaptable to market changes.

Our management team has a combined cement industry experience of more than 100 years and with a strong track record of growth and delivery since commencement of our operations in 2010. 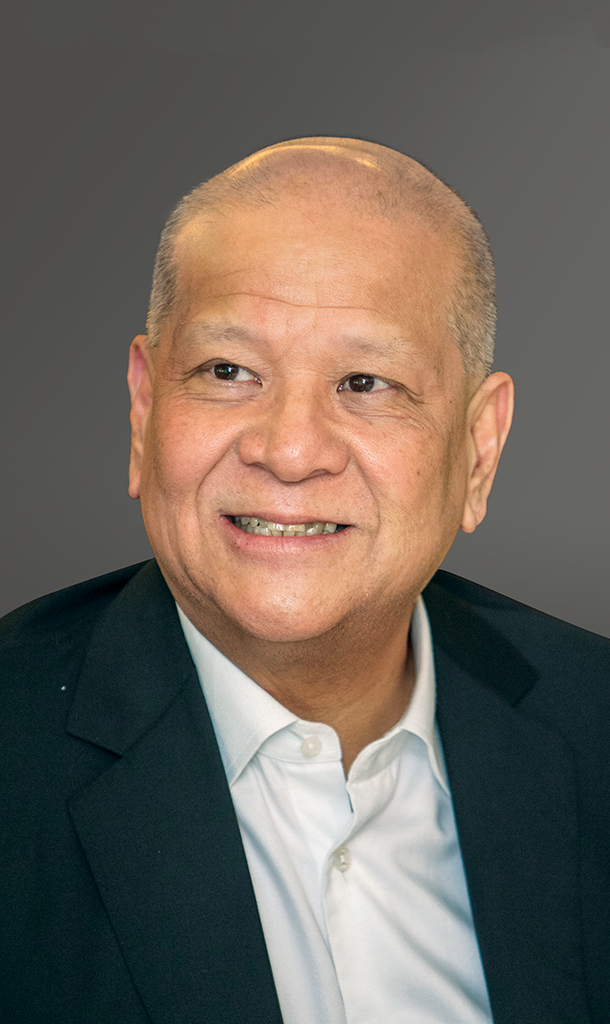 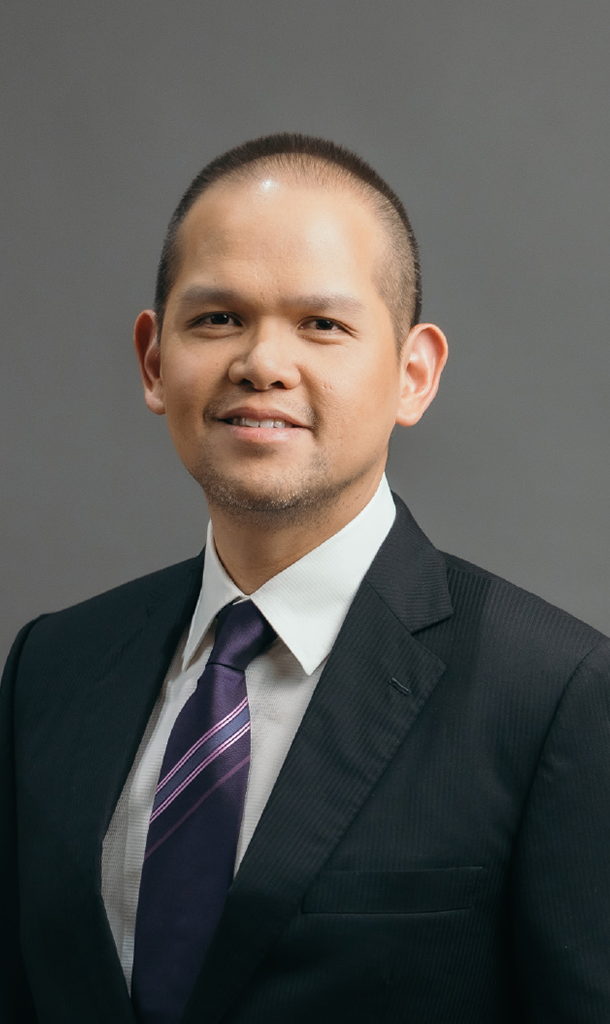 Director John Paul L. Ang, 42, Filipino, is the President and Chief Executive Officer (CEO) of the Corporation. He was first elected as director of the Company on November 30, 2010. He is the Chairman of the Executive Committee, and is currently a member of the Audit Committee. He is also the President and CEO of South Western Cement Corporation, and is a director of San Miguel Corporation, Top Frontier Investment Holdings, Inc., Petron Corporation, San Miguel Food and Beverage, Inc., KB Space Holdings, Inc. and Buildnet Construction, Inc. He is the Chairman of Southern Star Aggregates, Inc. He previously served as the Chief Operating Officer and General Manager from 2008 to 2016 of Eagle Cement and Managing Director from 2003 to 2007 of Sarawak Clinker. He also served as the Purchasing Officer of Basic Cement from 2002 to 2003. He has a Bachelor of Arts Degree in Interdisciplinary Studies, Minor in Economics and Finance from the Ateneo de Manila University. 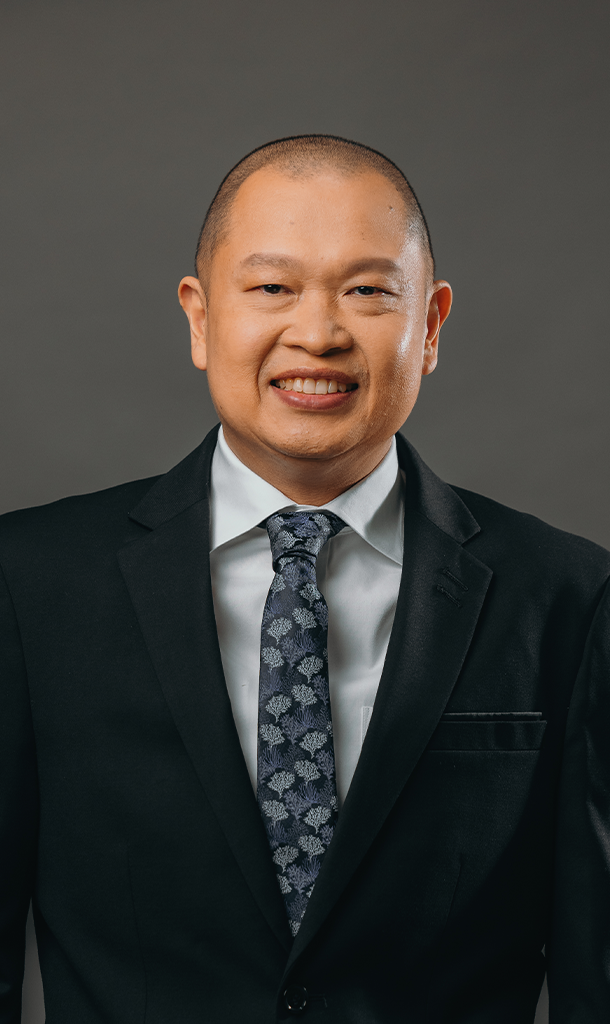 Director Manny C. Teng, 49, Filipino, is the General Manager and the Chief Operating Officer of the Corporation. He was first elected as a director of the Company on June 21, 1995. He is also currently a member of the Executive and Corporate Governance Committees. Mr. Teng has served as President of the Corporation for seven years from 2009 to 2016. For the past 10 years, Mr. Teng held various positions in the following companies: Technical Services Manager, Beverage Group of Ginebra San Miguel, Inc.; Technical Service Manager, Beverage group of San Miguel Beverages; Product Development Manager, Non-Alcoholic Beverages International of San Miguel Beverages; Project Group of Centech Consultancy; Purchasing Head of Cement Management Corporation; and Purchasing Officer of Standard Construction and Rebuilding Corporation. He has a Bachelor of Science degree in Chemical Engineering from the University of Santo Tomas. 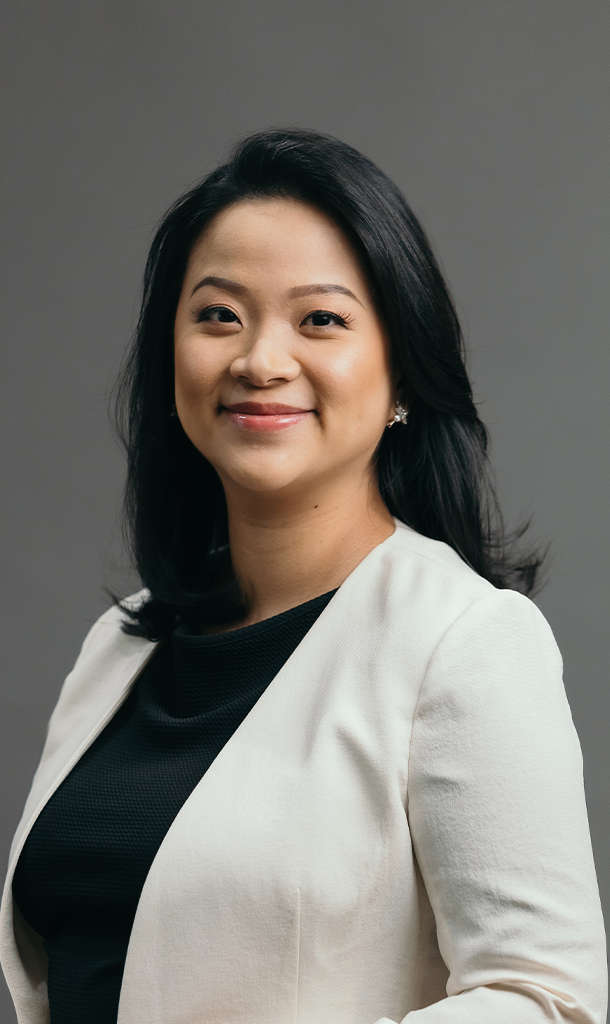 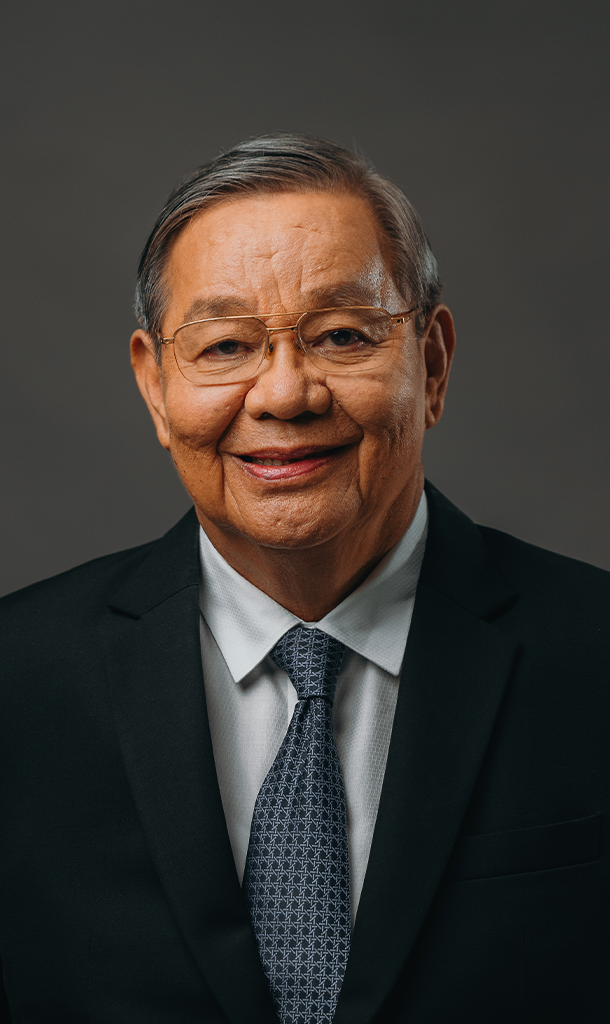 Director Manuel P. Daway, 75, Filipino, was first elected as a director of the Corporation on February 13, 2017, effective on March 31, 2017. Concurrent as Vice President for Operations, he is also responsible for expansion projects of the Company. In January 2018 he was assigned as Adviser at the executive office. Prior to joining Eagle Cement, Mr. Daway held the following positions in various corporations, namely: Project Director of CEMA Consultancy, an engineering and construction corporation; Vice-President for External Relations of Lafarge Cement Services Philippines Inc.; and Vice-President for Operations of Lafarge/Republic Cement Corporation. Mr. Daway is a licensed Professional Electrical Engineer and holds a Bachelor of Science degree in Electrical Engineering from the Mapua Institute of Technology. 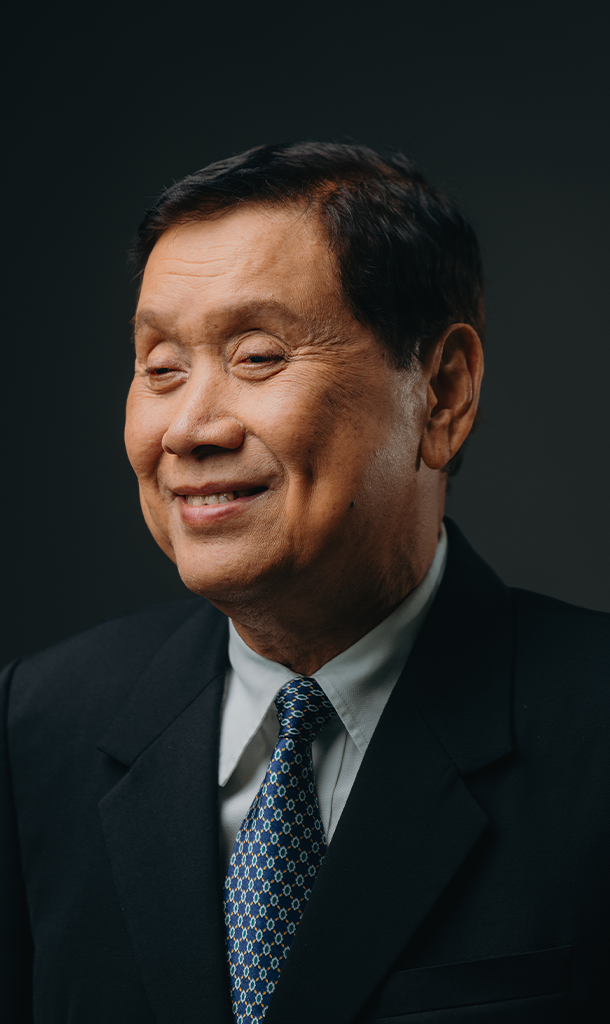 Director Mario K. Surio, 75, Filipino, has been a director of the Corporation since his first election on January 14, 2011. He currently holds, among others, the following positions in other companies: Technical Consultant for the Office of the President and Chief Operating Officer of San Miguel Corporation; Vice- Chairman and Director of Private Infrastructure Development Corporation -Tarlac-Pangasinan-La Union Expressway (PDIC/TPLEX); Director of South Luzon Expressway (SLTC/SLEX), Ginebra San Miguel, Inc., and San Miguel Yamamura Packaging Corp. In the past 10 years, Mr. Surio served as the President of Philippine Technologies, Inc. Cement Management Corporation and CEMA Consultancy Services, Inc. He also became the Assistant Quality Control Head, Quality Control Head, Production Manager and Plant Manager of Northern Cement Corporation and a Laboratory Technician and Physical Tester for Republic Cement Corporation. Mr. Surio is a licensed Chemical Engineer with a Bachelor of Science degree in Chemical Engineering from the University of Santo Tomas. 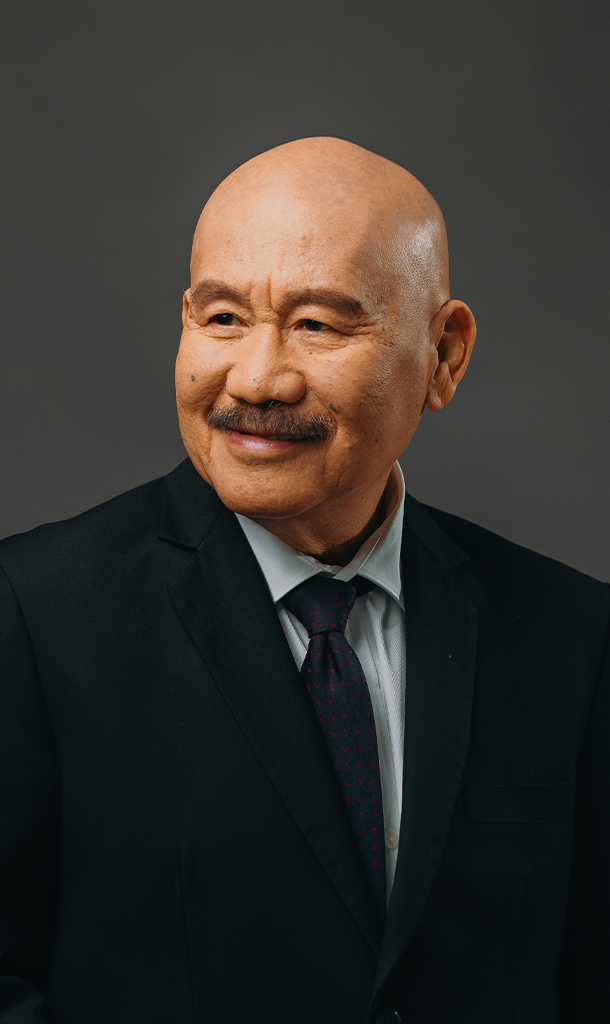 Director Luis A. Vera Cruz, Jr., 71, Filipino, was first elected as director of the Corporation on February 23, 2017. He is currently a member of the Related Party Transactions and Audit Committees of the Corporation. Mr. Vera Cruz is currently Of Counsel at Angara Abello Concepcion Regala & Cruz, a Legal Consultant of San Miguel Corporation, Corporate Secretary of Chemical Industries of the Philippines, Inc., and a Director of Philippine Resources Savings Banking Corporation and Cyber Bay Corporation. He previously served as Co- Managing Partner at Angara Abello Concepcion Regala & Cruz and Director of ACCRA Holdings, Inc. Mr. Vera Cruz holds a Master of Laws from Cornell University, a Bachelor of Laws Degree from the University of the Philippines, and a Bachelor of Science degree in Business Administration Degree from the University of the Philippines. 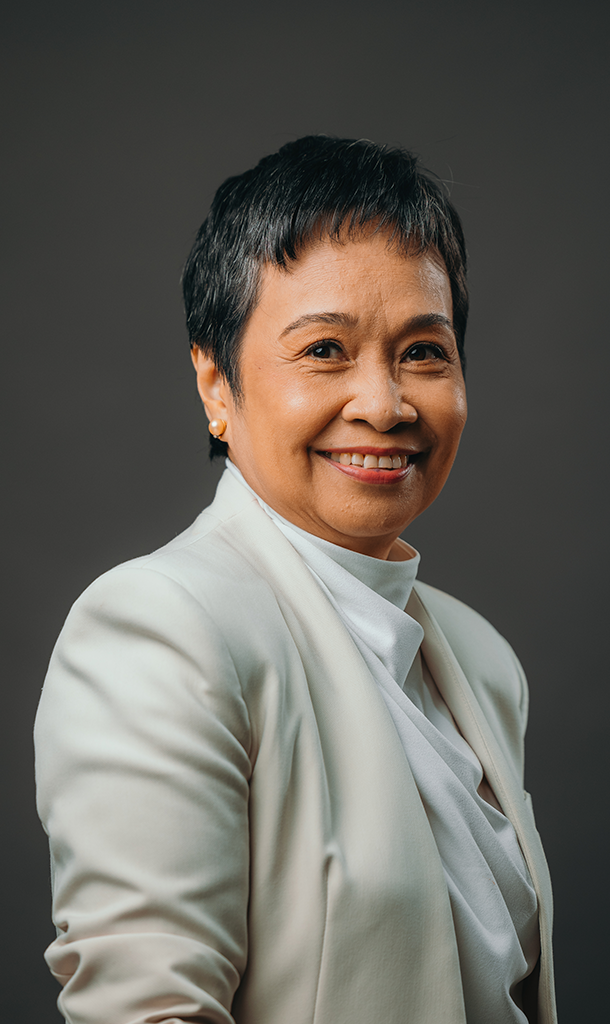 Independent Director Melinda Gonzales-Manto, 70, Filipino, was first elected as an independent director of the Corporation on December 22, 2016. She is the Lead Independent Director of the Corporation, the Chairperson of the Audit Committee, and a member of the Corporate Governance and Related Party Transactions Committees. She currently holds the following positions in other companies: Independent Director of Petrogen Insurance Corporation, Director and Vice-President of Linferd & Company, Inc., Director and Vice-President of ACB Corabern Holdings Corporation, Independent Director and Chairperson of the Audit Committee of the Bank of Commerce, and Resident Agent of several multinational companies doing business in the Philippines. She was formerly a partner of SGV & Co., Assurance and Advisory Business Services Division from 1974 to 2009, and previously served as Board Member of the Philippine Retailers Association from 2000 to 2009, and as an independent member of the board of directors of the GSIS Family Bank from 2011 to 2016. She is a certified public accountant and holds a Bachelor of Science degree from the Philippine School of Business Administration. She completed the Management Development Program at the Asian Institute of Management. 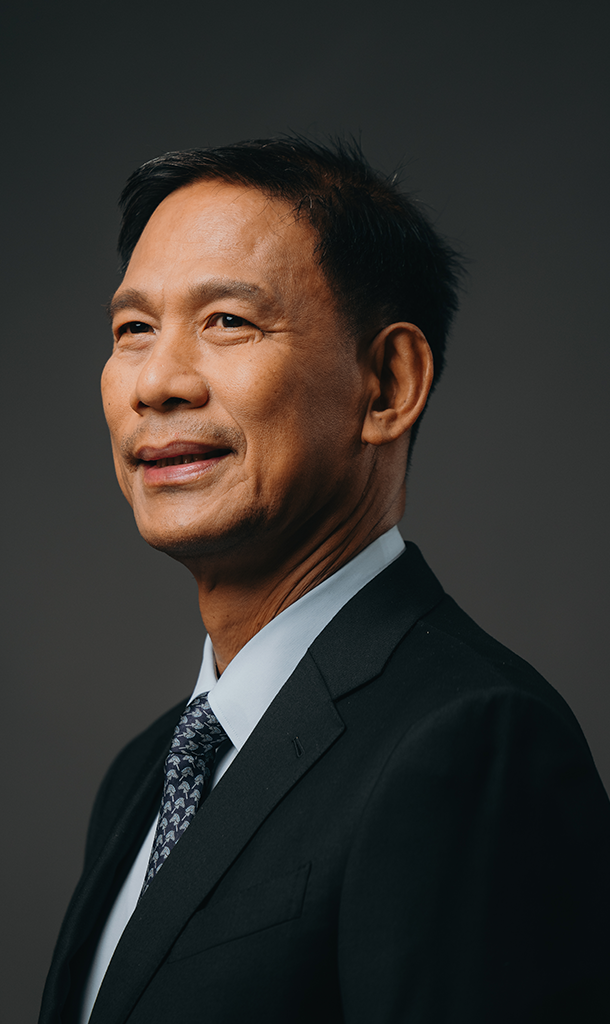 Independent Director Ricardo C. Marquez, 61, Filipino, was first elected as an independent director of the Corporation on February 13, 2017. He is the Chairman of the Board Risk Oversight Committee and a member of the Audit and Related Party Transactions Committees. He is currently a Director of the Public Safety Mutual Benefit Fund, Inc. and San Miguel Pure Foods Company, Inc. He previously held various positions in the Philippine National Police, eventually being promoted to Chief of the Philippine National Police. He also served as the Chairman of Public Safety Mutual Benefit Fund Inc. from July 2015 until June 2016. He has undergone various trainings and programs from the Institute of Corporate Directors, Harvard Kennedy School, and the Federal Bureau of Investigation National Academy, among others. He holds a master’s degree in Management from the Philippine Christian University and a Bachelor of Science Degree from the Philippine Military Academy. 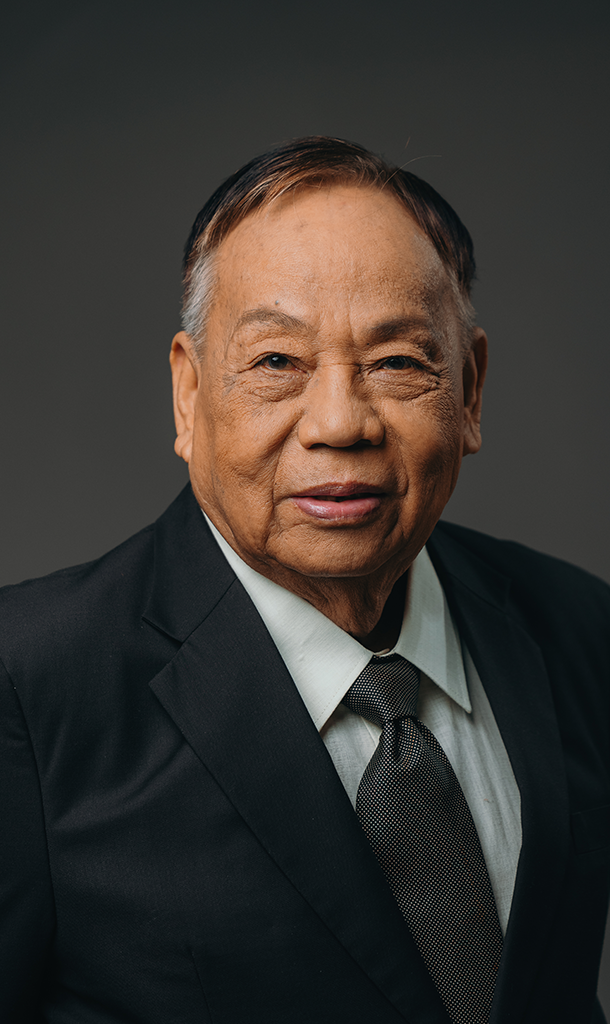 Independent Director Martin S. Villarama, Jr., 76, Filipino, was first elected as an independent director of the Corporation on February 13, 2017. He is also the Chairman of the Related Party Transactions Committee and a member of the Audit and Corporate Governance Committees. He is currently a member of the Board of Advisers of San Miguel Brewery Hongkong Ltd., and a member of the Association of Retired Justices of the Supreme Court of the Philippines and BIR Tennis Club. He was the 166th member of the Supreme Court and served as a Supreme Court Justice from 2009 to 2016. He started his career in the Judiciary in 1986, when he was appointed as Regional Trial Court Judge of Pasig City. He was also a lecturer at the Philippine Judicial Academy from 2007 to 2009. He obtained his Bachelor of Laws degree from the Manuel L. Quezon University after completing a Bachelor of Science degree in Business Administration from De La Salle University. 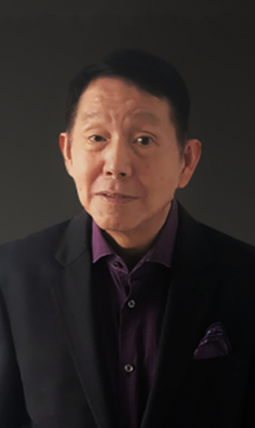 Independent Director Winston A. Chan, 66, Filipino, was first elected as an independent director of the Corporation on June 23, 2022. He is also currently serving as an independent director of San Miguel Food and Beverage, Inc., PT Delta Djakarta, San Miguel Yamamura Packaging Corporation, Bank of Commerce, and Leisure and Resorts World Corporation. Mr. Chan is a retired partner of SGV/EY and the former managing partner of SGV/EY Advisory Service Line. He has more than 34 years of Audit and IT Audit, and Strategic IT and Business Consulting experience. He led the reshaping of the Philippine Advisory Services client portfolio to have more of the large global and local key accounts with multi-year engagements in the revenue mix. He has leveraged on the attractiveness of the Philippines as a BPO and shared services location. Mr. Chan completed the Advanced Management Program (AMP) at the Harvard Business School in Boston, Massachusetts, The Advanced Business Strategy Course at INSEAD Singapore, and the Management Development Program at the Asian Institute of Management (AIM). He obtained his Bachelor of Science Degree in Accountancy at Colegio de San Juan de Letran. He is a Certified Information Systems Manager (CISM), a Certified Information Systems Auditor (CISA), and a Certified Public Accountant (CPA). Mr. Chan is a member of the Management Association of the Philippines (MAP) and has served as a member of the board of directors of the Harvard Club of the Philippines. He also served as the Co-president of the Harvard Club of the Philippines from 2014 to 2016, and as Co-president of the Harvard Business School Club of the Philippines from 2012 to 2014. He has also served for two terms as a member of the board of directors of the Information Technology Association of the Philippines (ITAP).

Charter of the Board of Directors

Eagle Cement Corporation (the “Company”) shall be headed by a competent, working Board of Directors to foster long-term success of the Company, and to sustain its competitiveness and profitability in a manner consistent with its corporate objectives and the long-term best interests of its shareholders and other stakeholders.

The Board Charter also serves as a guide to the directors in the performance and discharge of their functions.

Charter of the Board of Directors